In the Press: Louise’s campaign to allow pets to move with owners into care 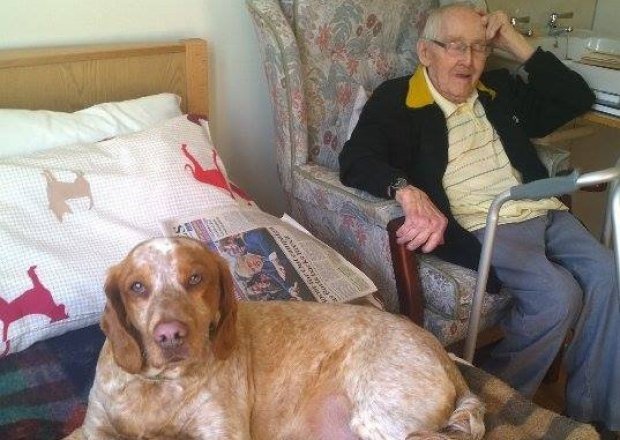 Below is an article featured in the The Extra, Monday 04 April 2016 by John A. MacInnes

A woman who was given a Point of Light award by Prime Minister David Cameron is campaigning for a better understanding of the elderly’s love of pets.

Louise Russell, from Clarkston , who set up a charity that helps the over 60s find a rescue pet companion says the current situation is ‘wrong’.

Louise told The Extra: “I’ve been asked to find homes for many animals whose elderly owners were moving into care homes and were not allowed to take them with them.

Why should they be forced to give up their beloved companions but, unfortunately, this situation is not uncommon.

Recently Louise was asked to help to find the perfect ‘care home dog’ and it made her wonder why more can’t offer an older pet a home.

When John gave up his own home to live in a care home, for the first time ever, the care home bent their rules and allowed John to bring along his beloved King Charles Spaniel – Henry.

When Henry subsequently passed away, John was devastated – as were all the other residents and care home workers.

Louise created an appeal through the charity’s Facebook page, and along came William.
William, an adnadoned street dog, was once locked in a Cypriot pound with only seven days to live. He was rescued by Claire Buchanan and her husband Grant who brought him to live with them on a farm in Aberdeen, but it soon transpired that William longed to be the centre of attention. With many dogs on the farm competing with each other Claire soon realised that William wanted more from life.

When Claire saw Louise’s appeal, she immediately made contact, and after much discussion it was decided William would be perfect for John.

On his first night as a Care Home Dog, Williams tail didn’t stop wagging with all the fuss and attention he got.

After a lovely long walk with one of the carers, he came home, rushed upstairs, found John’s room and, ever so gently, snuggled in beside him for the night.