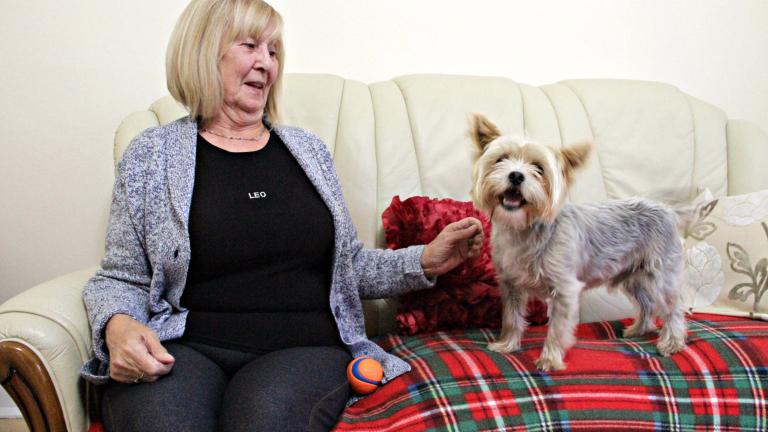 A one-woman charity is covering the funds for pensioners to afford their own pets.

Three things tend to happen when you pay a visit to Moira Clark’s house.

The first is the shuffle of footsteps behind the front door, the second is the big warm smile as she greets you and the third is the small barrel of fur that hurtles over the doormat and bounces around your knees.

Friendly is an understatement. Leo is ecstatic.

“He falls in love with everybody,” explains Moira. “Even other dogs.”

It has been almost a year since the little Yorkie arrived in her life but the 76-year-old grandmother can remember the exact moment they met. 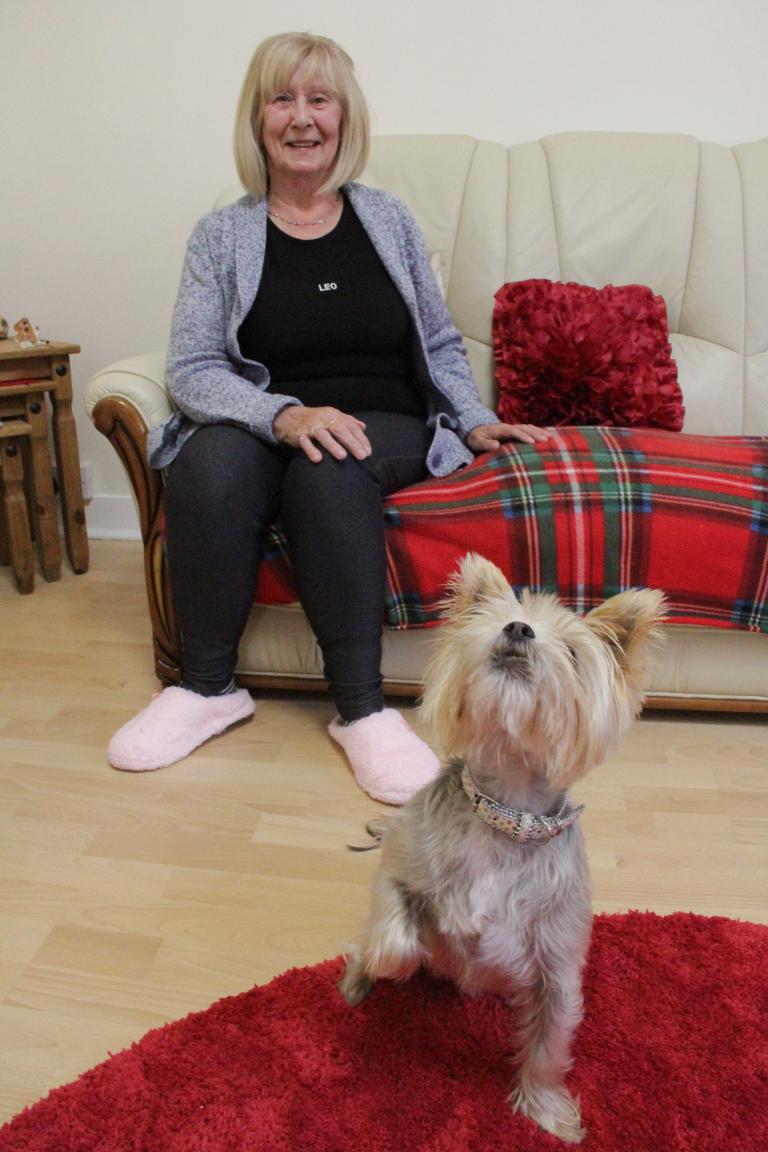 The little Yorkie has made all the difference. STV

A rescue dog, picked up on the streets of Hamilton without ID, Leo was a bit of a “scruff pot” when the pair were first introduced.

“He had conjunctivitis, his coat was a mess but I wanted him,” says Moira.

On her side, Moira, who lives alone, says she wasn’t doing all that well either.

“I was just stuck by myself in the house all the time,” she says. “My family are in Renfrewshire and New York and have their own lives, so they can’t be coming round every day.

“Occasionally I’d pop out to look at the shops just to pass the time but that was about it, really.”

Until she met Leo.

Introduced through the Give a Dog a Bone and an Animal a Home charity, a one-woman driven project which matches rescue animals with Scottish pensioners, the pair are inseparable.

“I named him Leo after my birth sign,” says Moira. “The charity is run by a lady called Louise who paid for me to get him.

“I’m an old age pensioner without a lot of money. They give me £30 a month for food and his pet insurance.”

Moira is one of many clients Louise Russell has helped to match with rescue pets.

Since her charity launched three years ago, she has around 130 stories of Scots she has managed match-make with an animal in desperate need of a home. 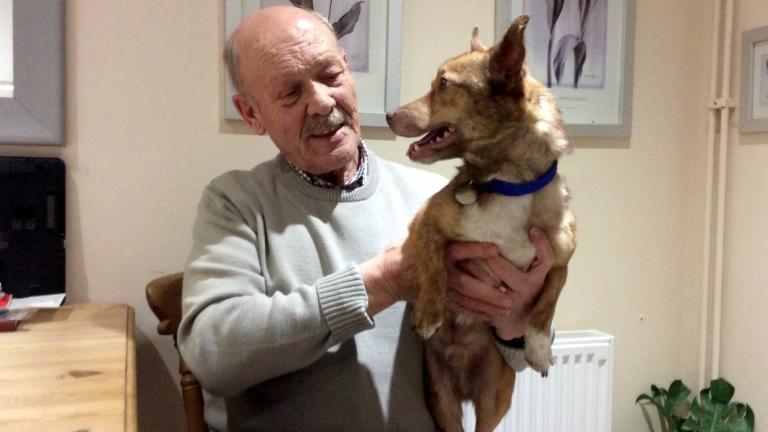 Moira is one just of many clients Louise Russell has helped. Give a Dog a Bone

“I’m constantly delighted I do it,” says Louise, who runs the charity in her spare time.

“Being able to adopt an animal again is life changing.

“I’ve had people who’ve cried down the phone when we’ve been able to make it happen.”

Firmly of the belief that pets can have a positive impact on those coping with loneliness, Louise receives calls from many individuals who live alone seeking a furry friend to be a source of company and affection.

Lousie, herself a working mother, supports them to not only find a dog, cat, rabbit or even hen, suitable for them, but also helps to provide funding for them to care for their chosen companion. 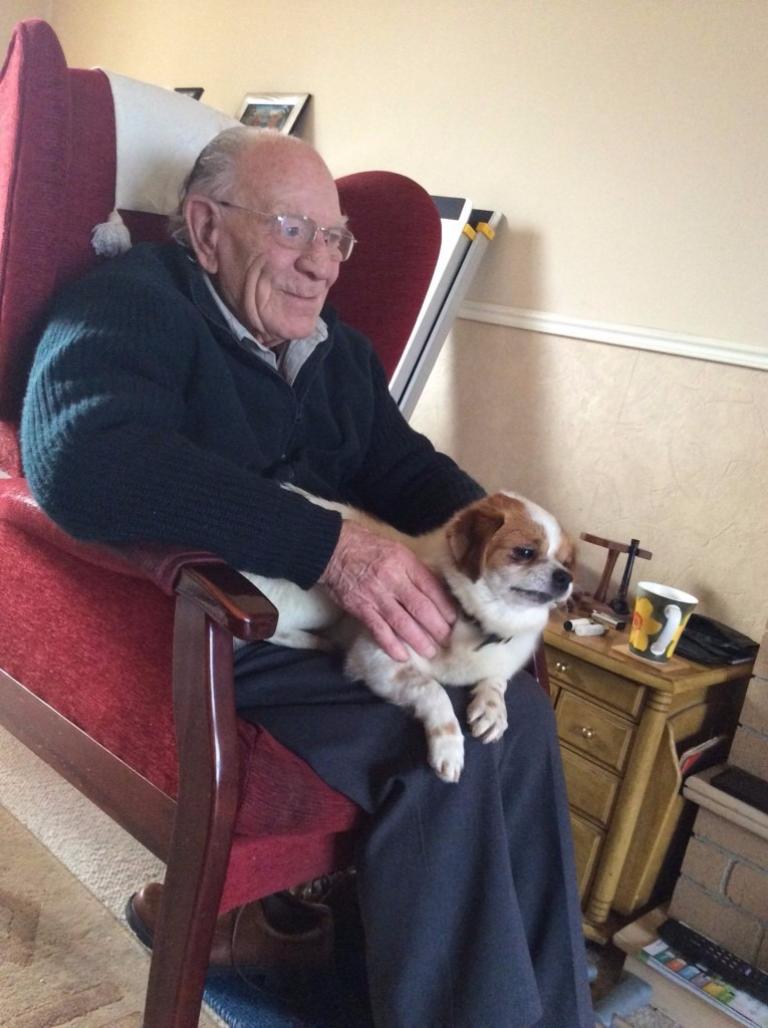 “When someone has been an animal lover all their life then ends up on a pension and their financial circumstances change, knowing there is someone out there who can support them can mean a lot,” she says.

“Some people can struggle to afford to feed themselves let alone another mouth to feed, albeit a furry one.”

Something Louise didn’t foresee coming though was the calls she’d take regarding animals who’ve been left behind when their owners are terminally ill or pass away.

Those too get matched with suitable homes and are taken on by elderly pensioners who have often experienced loss themselves. 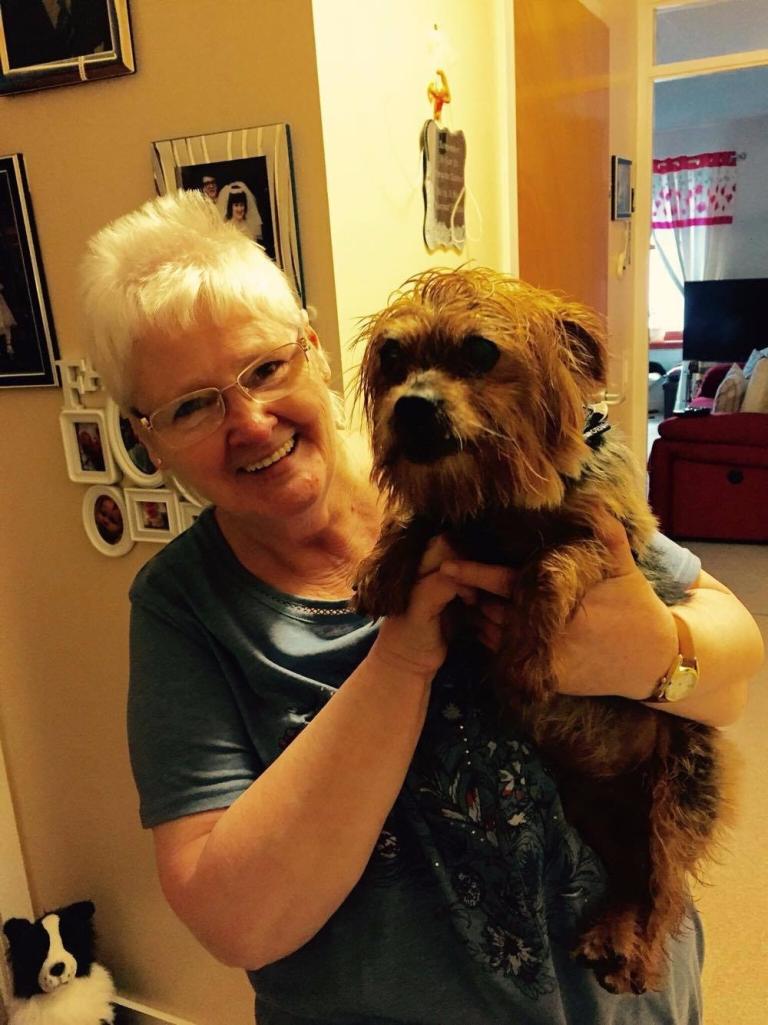 Toto was adopted after his owner was diagnosed with terminal illness.

“Both benefit,” says Moira, who has somehow managed to scoop up a still very bouncy Leo.

“The dogs who need a new home and their new owners who would have been lonely without them,” she says.

“Since Leo arrived I go out three times a day to walk him and I meet up with other dog walkers now.

“He’s a great comfort to me and I’m so glad he’s here.

“All he wants is cuddles and his tummy rubbed.”